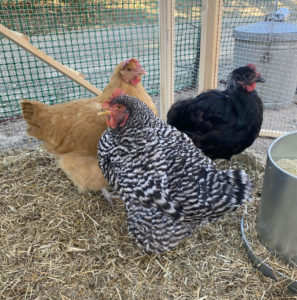 Liz and Sarah discuss how their immediate future resembles the 1998 movie Sliding Doors. There’s one reality if Fantasy Island gets picked up for Season Two, and a totally different reality if it doesn’t. In Take A Hike, Sarah shares how she’s using meditation to help her get through this stressful time. Her favorite tool? The Ten Percent Happier app from Dan Harris. Plus, she got chickens! So Ojai. This week’s Hollywood Hack turns any gathering into a special event: rent a photo booth. Finally, Celebrity Sightings are back! This week Liz and Sarah spotted comedian Fortune Feimster at Kiwami. 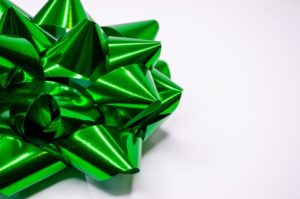 It’s not even Halloween yet, but Liz and Sarah are looking ahead to the holidays. Between supply chain problems and slow delivery, they’re shopping NOW! And they’ve got lots of great gift ideas. Need to buy for a colleague? They suggest a personalized Yeti rambler cup or a face mask chain from CandiceBDesigns on Etsy. Have a Happier lover in your life? Get a To Do Tackle Box from Gretchen Rubin. Liz and Sarah’s favorite gift this year? Smiley Face Slippers! 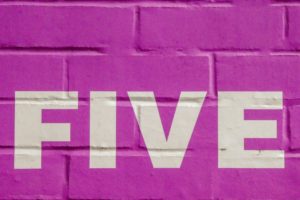 Liz and Sarah discuss a question put forth by their favorite author consultant, Crystal Ellefsen — what five things do they want to be known for? First on the list — writing interesting, complex female characters. Then they Amplify Dichos, an hilarious new web series from Fantasy Island Season One writer Mary Angelica Molina. This week’s Hollywood Hack is for the overbuyers out there: If you feel the need to buy something, buy a holiday gift. Finally, Sarah had her first Celebrity Sighting in Ojai. She saw Jason Segel walking into town. 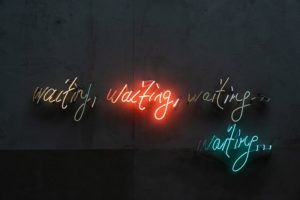 Liz and Sarah are anxiously waiting to find out if there’s a future for Fantasy Island. They reveal one way they’re handling the stress—working on the network pitch for Season Two! In Hits & Bombs, Liz gives Sarah a Hit for how she’s dealing with the social slog in her new hometown of Ojai. And after watching the new Amazon docuseries LuLaRich, they both give a big Bomb to MLM’S—multilevel marketing companies. Liz even pledges to give up her beloved MLM skincare products. Then they answer a Mailbag question about the Fantasy Island logo—why is the “A” upside down? Finally, this week’s Hollywood Hack is a pro tip that took Liz and Sarah years to learn: Repeat after them. 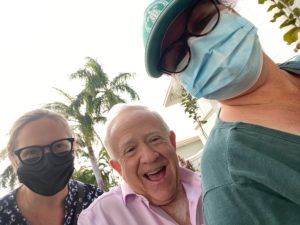 Liz and Sarah reveal what’s most pressing in their work psyches this week — nothing! As Season One of Fantasy Island comes to an end, they are making a conscious effort to take a mental break from the show. In Take Two, they revisit their post Puerto Rico reset plans. Did Sarah find good hiking trails in Ojai? Has Liz stopped eating after 10PM? Have they both managed to focus on their friendship? Then, in Take A Hike, Sarah discusses her recent decision to reframe certain big expenses — an insight which led Liz to feel better about the money she’s spending on making a will. Liz and Sarah also go Behind The Episode, discussing the Fantasy Island season finale, “Dia De Los Vivos,” which was written by Liz’s husband, Adam Fierro, and guest-stars the always fabulous Leslie Jordan. Finally, this week’s Hollywood Hack makes a great business gift, especially for somebody who spends a lot of time on sets: the Kinetic Sling Crossbody Bag from Athleta.

Liz and Sarah discuss the importance of having a point of view at work. Your boss might not always agree with you, but that’s ok! In Behind The Episode, they talk about two episodes of Fantasy Island: “The Big Five Oh” and “The Romance & The Bromance.” One exciting detail? The casting! These episodes feature a Melrose Place reunion and an appearance by Roselyn Sanchez’s husband—Eric Winter! Then, in Amplify, Liz shares a must-see documentary—LFG—about the US Women’s Soccer Team’s fight for equity and fair pay. Finally, this week’s Hollywood Hack comes straight from Sarah’s move to a new house: Keep a stain stick wherever you undress.

SUBSCRIBE to Happier in Hollywood in your favorite podcast app: